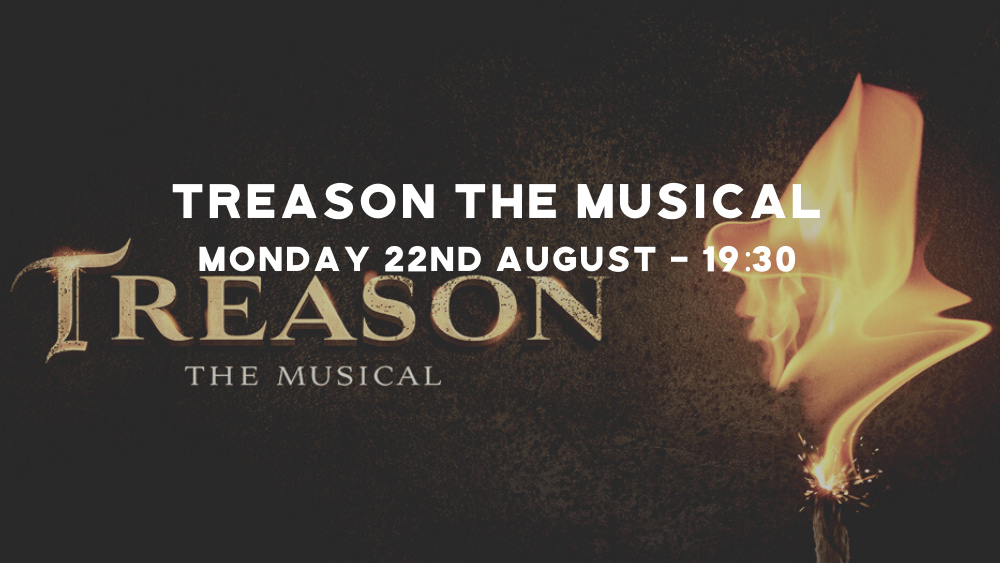 We’re heading to the glistening West End to see the premiere of Treason the Musical in August! It’s not just the Americans that can create a play about their History (a la Hamilton), right?!

Treason is the exciting new musical drama about the gunpowder plot, set to completely blow you away with a stunning new score and lyrics, featuring a fusion of original folk and pop songs that tell a crucial tale in England’s history.

And now, Treason will be live in concert in front of an audience for the very first time at the Theatre Royal Drury Lane this summer. Carrie Hope Fletcher, Bradley Jaden and Simon‑Anthony Rhoden are amongst the incredible cast starring in Treason’s hotly anticipated stage debut. With songs ‘Take Things Into Our Own Hands’; ‘The Cold Hard Ground’; and ‘The Day Elizabeth Died’ having already taken Spotify by storm, and the streamed lockdown concert described as “an exceptional musical in the making” by West End Best Friend, this is a premiere not to be missed.

Tickets currently cost £35 for the Grand Circle. However, these will rise the closer to the event. We recommend booking one of the seats indicated below so you can be sat close to us. Please remember to try for each seat in the order they are in the list, so that you don’t end up inbetween non-Solo Adventurers!

Let us know you’re coming by RSVP’ing below (and include your booked seat number and row)!